Top 10 Fashion Movies for Your Next Girls’ Night In 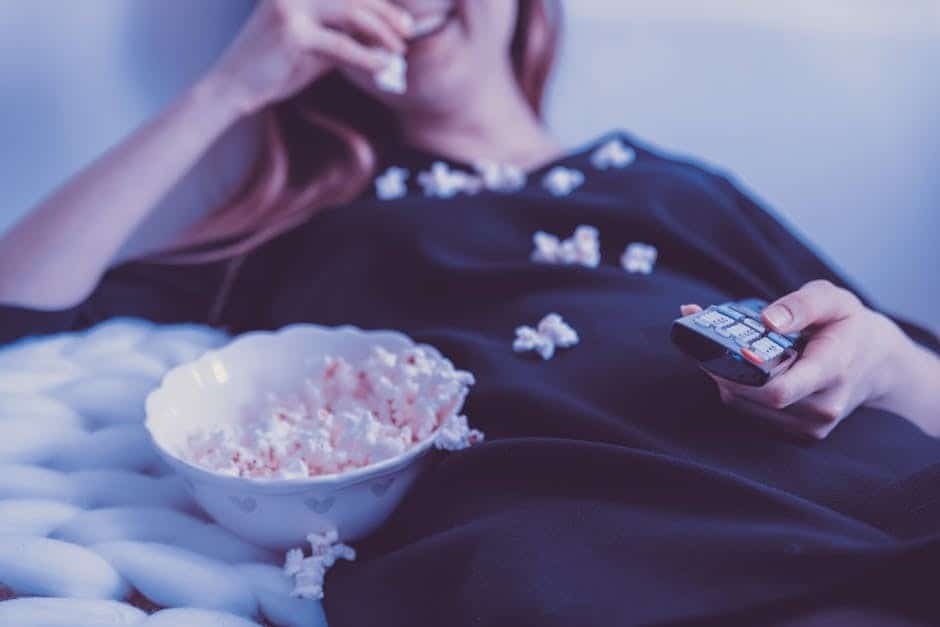 Happy 2019 everyone! Hope you all enjoyed ringing in the new year, and hopefully no one has broken any resolutions just yet.

To get back into the groove of things, we’ll just get right into today’s topic.

Like most of us coming back from the holidays, you’re probably broke from all the food, shopping, parties, and other daily expenses during your time off. Thus, going out with friends every weekend for meals or drinks is not exactly in the budget.

So you can’t afford nights out for a while, but no one ever said anything about nights in. You can cook with your friends, have friends bring food over, then end the night with a movie or two. That way, you can hang out with your friends without having to spend a ton, all within the comfort of your own home. It’s a win-win for everyone.

If you’re planning on having the girls over and need ideas of titles to stream, why not go for something fashion inspired? Obviously, fashion movies are what we’d suggest here at Pretty Me, but you have to admit, costume design is a crucial element in plot development, and it’s interesting how much you can learn from the characters by their style of clothing. And let’s not forget, great outfits do offer aesthetically pleasing visuals, as well as inspiration for our own wardrobes.

There are loads of documentaries and biopics out there, but we decided to focus on fictional movies that offer more entertainment value, in case some guests aren’t as invested in fashion as you.

Tom Ford may switch between his fashion designer and film director hats from time to time, but it’s blatantly clear that he has a unique sense of artistry that translates in all his creations. Scenes from his directorial debut almost look like video shoots and fashion campaigns, and Julianne Moore’s ensembles are to die for.

Androgynous fashion proves its popularity decade after decade, and one person we could thank for making menswear for women mainstream is Diane Keaton’s portrayal of Annie Hall. Donning fedoras and pantsuits throughout, she showed us that women’s fashion doesn’t have to be feminine, and thus became a pop culture icon we never knew we needed.

While this one isn’t a fashion-themed movie in the slightest, you have to applaud Charlize Theron for those single shot fight sequences while still rocking vintage Dior and Burberry trenches. MI6 spy Lorraine Broughton makes it look so effortless kicking ass in heels. If only heels were that easy to walk in during a night out.

Without a doubt, the most memorable costume of the film was that green dress seen on Keira Knightley, worn during that famous scene that started it all (you’ll know what “all” means when you finish the movie). Just be prepared to be reaching for the tissues for this one.

Honestly, any Audrey Hepburn title are considered classics in the fashion genre, though it was definitely this film that completely revolutionized the fashion industry back in the ’60s.

Cher Horowitz’s closet was so ahead of its time, and probably every ’90s baby out there is still wishing they had one just like hers. While the majority of her clothes would be classed as preppy, you’ll see the occasional tee and slip combo and some other ’90s trends that will seriously have you embracing more throwback fashion.

Of course, we weren’t going to leave out the QUEEN of all fashion movies. From that makeover to the seasonal coats and all the way down to the her very last outfit that struck a happy balance between Andy pre- and post-Runway Magazine, this movie will have adding more to your shopping wishlists.

The 2013 remake was nothing short of the glitz and glam originally depicted in the novel. If you haven’t seen the film yet, it’s basically a fashion designer showcase, with costumes supplied by Brooks Brothers, Prada and Tiffany & Co.

Another movie where fashion isn’t technically at the forefront, Ocean’s Eight does lead up to the Met Gala, one of the most coveted fashion events in the US. The film’s version of the ball is no less extravagant than the real thing, with celebrity style icons appearing as themselves wearing dresses straight from the runway.

Sex and the City

The Sex and the City series was rather questionable in terms of fashion, with equal amounts of hits and misses. The movie, on the other hand, was incredible, without it being controversial like in the second film that had the characters in over-the-top, sometimes tasteless and culturally insensitive ensembles.

Did we miss any of your top fashion movies? Let us know in the comments below!