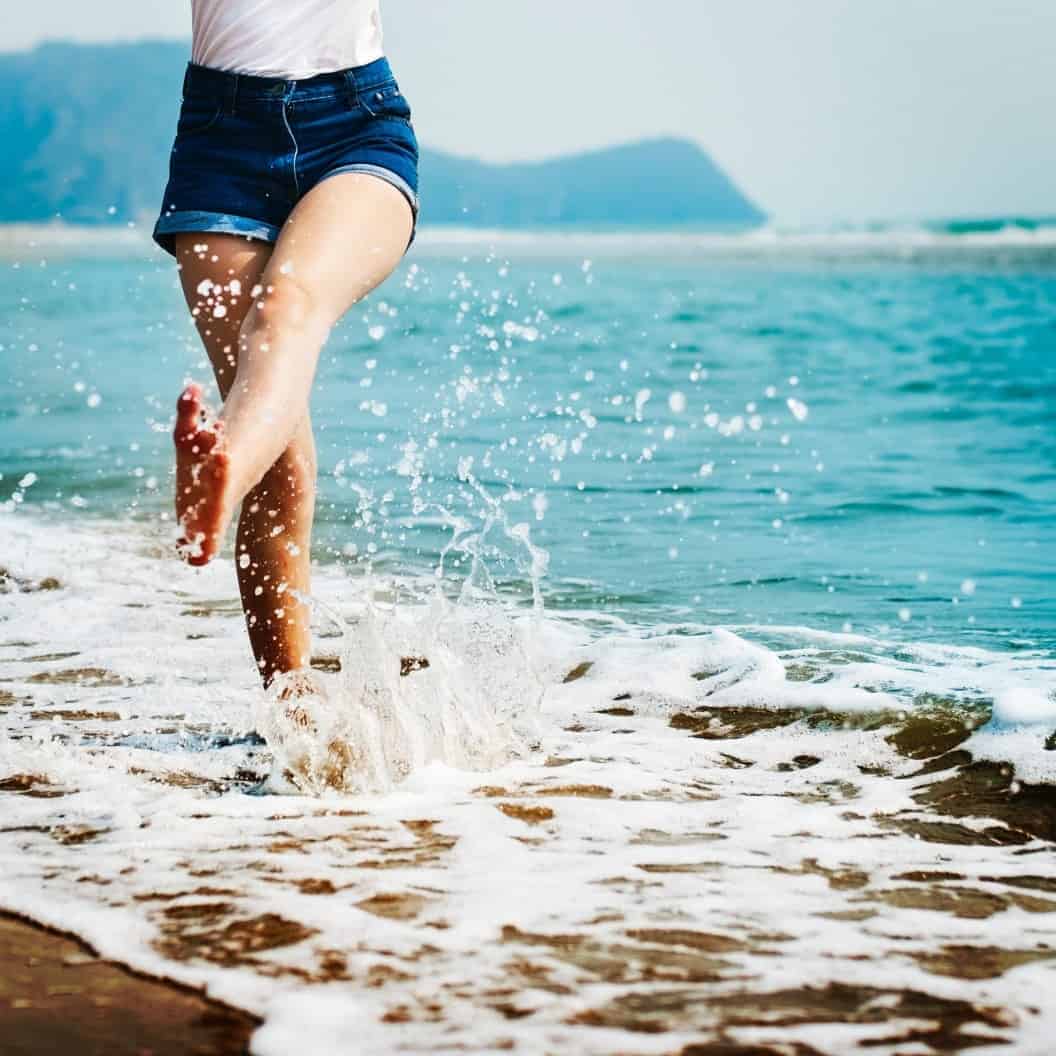 Do you ever notice that your skin looks and feels healthier after you’ve spent the day swimming in the beach? Sure, you’ve got that natural flush that you’d normally get after a bit of sun exposure, but we’re more so talking about the overall improved complexion, and it’s all thanks to the ocean.

Saltwater has got a bunch of beauty benefits, such as creating those boho chic beach waves that most people try to mimic with a curling iron. And just as we’ve mentioned, sea salt does wonders for your skin as well.

Let’s go over all the amazing benefits of sea salt.

It works as an exfoliator

Sea salt is a primary ingredient in lots of different spa treatments because it’s really effective as an exfoliator. However, when using it to exfoliate skin, it’s important that you use smooth sea salt crystals so you don’t scratch your skin. This type of texture can be rubbed on your face and body to scrub off dead skin cells, as well soften your skin.

It also detoxifies your skin

Not only does it exfoliate your skin, but it also absorbs the toxins. To do so, you can make a paste with sea salt and water, leaving it on for a minute before bathing to detoxify your skin, then gently rubbing it off your skin in the shower to exfoliate.

It can be used as a cleanser

Sea salt invigorates the skin by improving circulation, hence the glow after a beach day. On top of energizing your skin, sea salt also unclogs pores and removes bacteria, so it works perfectly as part of a daily cleanser.

It helps with skin cell regeneration

It’s natural as an exfoliator, sea salt reveals a new, healthier layer of skin. But the great thing about sea salt that it aids in skin cell regeneration, firming and softening skin for a more youthful glow, at the same time getting rid of discoloration, smoothing out textured skin, and evening out overall tone.

It has antiseptic benefits

If you have any bacterial related skin diseases, whether on your face or other parts of your body, sea salt may help. It’s full of anti-septic properties that help eliminate bacteria, as well as reduce inflammation. Sea salt may also reduce pain or itching due to the skin disease.

It goes beyond improving complexion and overall skin health

And in case you weren’t impressed enough already, sea salt has a ton of other benefits outside of improved skin health. In fact, sea salt has been known as a stress reliever, with Ancient Greeks and Romans using warm seawater as a kind of calming therapy for improving quality of sleep, along with other psychological needs.

We’ve already mentioned that sea salt improves blood circulation, but did you know that it improves cell health as well? It contains a sizable number of trace minerals that are crucial in balancing ionic content of cells and allowing liquids to easily pass through blood vessels and other membranes. Such minerals are removed from table salt, so consider switching your salt with minimally processed sea salt.

Lastly, sea salt baths seem to be quite effective in easing joint and muscle pain, with some people saying that sea salt baths being powerful enough to relieve pains from arthritis. If you suffer from these or similar pains, you can make a warm sea salt water soak at home instead of spending loads at the spa. Soak your feet or hands for a good 20 minutes, and the pain should be gone, or at least be at more bearable levels than before.

Where to Buy Sea Salt Scrubs

There are a number of different sea salt scrubs available in the Philippines, but if you’re looking for Himalayan salt in particular, go with Dr. Teal’s Pink Himalayan Salt Scrub. With a combination of some essential oils, the sea salt scrub works to replenish, moisturize and restore your skin, while getting rid of aches and pains so that you can feel fully relaxed after bathing, whether that’s through a long soak in the tub or a detoxifying scrub before a shower.

To learn more about the various ways you can use sea salt in DIY beauty treatments, Women’s Health Magazine have a list of masks, scrubs and others that you can do with just a few ingredients.